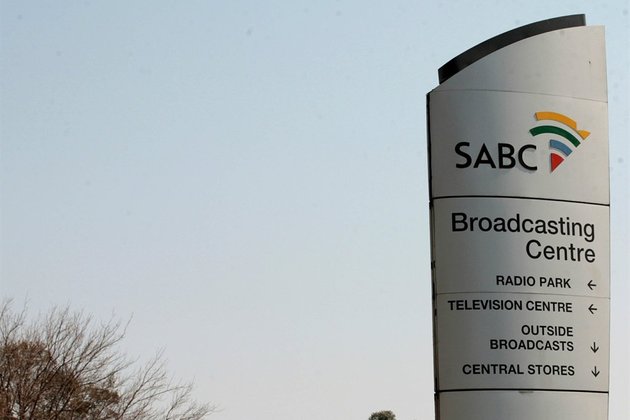 In 1997, I applied for a news internship at the SABC, not expecting to get it. I did. And I considered myself lucky. I thought it was an excellent training ground.

It was just three years after the democratic elections. Things were changing, albeit slowly.

Part of the application process included writing a short article on the future of public broadcasting. I can't remember exactly what I wrote, but a year later I found myself in Auckland Park, wide eyed, excited and lost in the labyrinth that was the SABC.

I remember sitting in the auditorium with 12 fellow interns. I recall, as I sat there, thinking that the SABC had the potential to be the continent's premier broadcaster, among the top in the world. It had the resources, the talent and the vision. Programming was compelling, becoming increasingly diverse and catering to the diverse interests of an integrating new society. Its technical production was on par with global standards. Yet, there was never the complete absence of "interference".

The vision of a proper public broadcaster was never to be.

At the inception of the internship, we were given six months of intensive training, which would have cost a fortune. We were the first group of new recruits, post-apartheid, to have been given this "gift". Trainers from the world's premier news agencies were brought in and we were exposed to international best practices tailored to the local context, given top-notch voice training, news decision-making values and research and production techniques. The exposure coupled with pre-existing post-school qualifications and behind-the-scenes, hands-on work at radio and television news produced a cadre of journalists ready for the challenges of contributing to a transforming society and changing industry. This while keeping in mind the services of education, information and entertainment to the broadest number of South Africans, all in the public interest.

But we weren't only looking forward. As a warning, we were also schooled in the malpractices of the past. The relics from apartheid. I remember being told about the fabled "red phone" in the studio. This is where the apartheid government's information functionaries would call, if they weren't happy with what was being said on the prime news bulletin, or if they wanted a story out or a narrative crafted. This was replete with a separate room from which international broadcasters could feed their visuals to their stations. This was both a control mechanism over what went out internationally, but also ensured that local SABC journalists would not be contaminated and "tainted" by the "subversive" content that showed the apartheid government in a poor light.

At the end of our six-month internship, we were given a choice as to where we preferred to work within the SABC.

Of the initial group of 13, it would seem that only Mzwandile Mbeje, the SABC's current political editor, remains at the public broadcaster. After investing so much in its staff and interns, the SABC was unable to retain its staff. This goes for much of its talent pool over the years. Most have left, not because of disloyalty, but out of frustration. Some after enduring successive rounds of political meddling and professional victimisation. This detracts from viable public broadcasting.

The fabled red phone may have disappeared from the news studio, but interference and meddling are continuing. Lessons from the apartheid past continue to be ignored, reversing the gains the SABC made in the early years of the transition, retarding its progress from apartheid state broadcaster to democratic public broadcaster.

Just after I started working as a current affairs producer at SAfm in 2007, anchor Nikiwe Bikitsha resigned to take up a position elsewhere. Shortly thereafter, her current affairs co-anchor John Perlman resigned on the back of a "blacklisting scandal", after an inquiry found that Snuki Zikalala, then-head of news and current affairs at the SABC, had instructed staff not to use certain journalists and political commentators who appeared to be opposed to Thabo Mbeki. Perlman's decision to leave was an indication that the broader SABC staff simply wanted to do their jobs in line with a public broadcast mandate, but were being undermined. This meant that committed and dedicated media professionals were lost to other, private media houses.

Lessons from this saga were not learnt and proved no deterrent as the SABC continued to lurch from scandal to scandal.

The blacklisting scandal reared its ugly head again when commentator Eusebius McKaiser said he was "uninvited" on the SABC's AM Live show after writing a column critical of then-president Jacob Zuma, former police minister Nkosinathi Nhleko and other senior ANC leaders for not speaking out on Nkandlagate.

In 2016, the SABC would fire what would become known as the SABC 8, for speaking out against censorship under the leadership of then-chief operating officer Hlaudi Motsoeneng, who, it is alleged, was under the influence of Zuma's ANC and the Guptas - and who put the resources of the SABC in service of the Gupta's media channels in print and broadcast, which served as a direct competitor to the SABC.

Following a High Court ruling, seven of the SABC 8 were rehired. In addition to a High Court application, the SABC 8 also approached the Constitutional Court to force the National Assembly to appoint an inquiry to investigate irregularities at the SABC. This application was withdrawn. This is how serious matters had become.

READ | SABC 8: By 2016 the capture of the SABC newsroom was almost complete

When Motsoeneng was eventually pushed out of the SABC after protracted internal wrangling, it felt as if the SABC would finally embark on recovery and rehabilitation. New leadership was brought in, ratings improved for SABC News on the DStv platform and it started giving other broadcast media, primarily eNCA, a run for its money.

Ahead of the national elections in 2019, the SABC indicated the need to embark on some restructuring and the retrenchment of staff. Government soon stepped in, announcing a bailout of R3.2 billion to assist the SABC.

Then Covid-19 happened. Advertising revenue continued to dry up. Operations, scheduling and quality of reportage and journalism was lacklustre. With that, the spectre of retrenchments loomed again. The public felt uninclined to pay licence fees. All this, despite the Xhosa news bulletin on SABC 1 remaining the most watched news bulletin in the country, followed closely by the Zulu news. Ten of the most listened to radio stations in the country are SABC radio stations. None of these advantages were capitalised on.

Commercially, a hard look needs to be taken at what people at the SABC earn. A MyBroadband report places the average salary at R791 000. This is accompanied by generous additional benefits such as 35 days annual leave and 30 days sick leave a year.

If the public broadcaster is to survive, this needs to be moderate. As does executive pay. It is equally evident that the content offering and professionalism need dramatic improvement to attract listeners, viewers and advertisers. The public will need to be seduced by this offering so that they pay their licence fees.

Sadly, the SABC is often poorly served by some of its staff. Its broadcasts sometimes lack verve and energy, presenters and reporters appear ill-prepared and poorly produced. Technical glitches are frequent despite some of the best equipment around, and some news and editorial decisions defy logic. Then, it doesn't aid the cause if SABC journalists openly approach the governing political party on live television, appealing for an intervention in the current crisis. If the SABC is going to fulfil its mandate, the interference needs to stop. It is callous to suggest that anyone should lose their job, especially to austerity measures or widespread retrenchment. But it is clear - performance management measures need to be put in place as well as a freeze on (reportedly) overinflated salaries to ensure that the citizens get the public broadcaster they deserve.

Year's long blockade against Qatar may be nearing end

U.S. prosecutors are discussing a deal with lawyers for Huawei finance chief Meng Wanzhou to resolve criminal charges against her, ...

Antonio Marcos Diniz was only 13 years old when his family was forced to leave their home near Brazil's Atlantic ...

United States in bid to beef up relationships in Western Hemisphere

This year is on track to be one of the three hottest on record, completing a run of six years ... 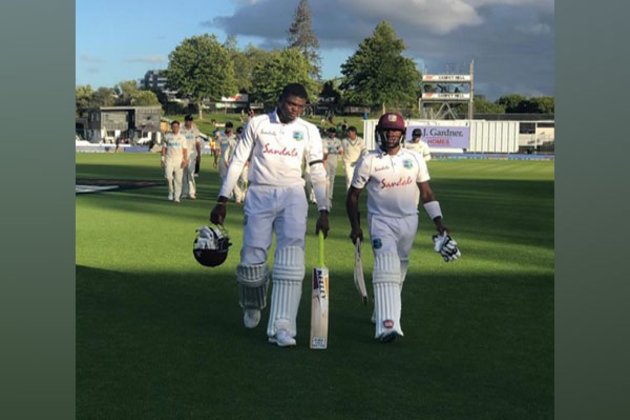 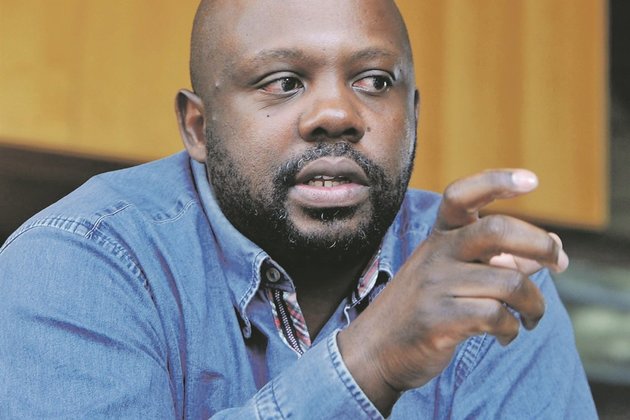 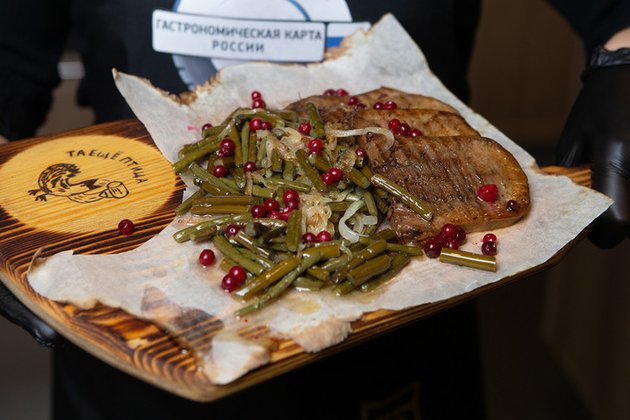 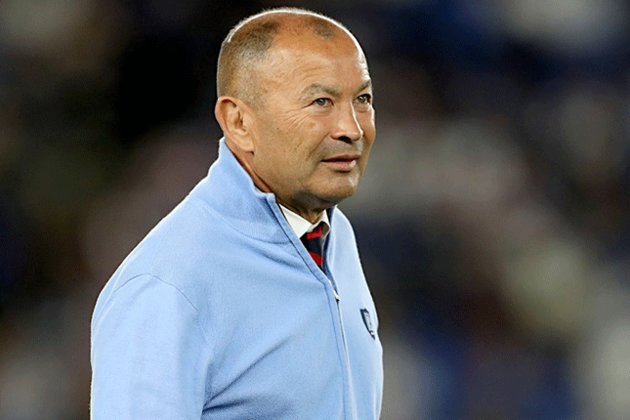 Head coach Eddie Jones has warned England's colossal superiority in experience will count for little when they face a novice ... 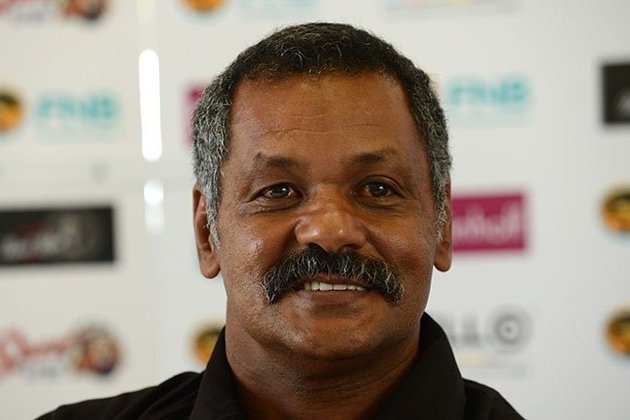 The Trial of the Chicago 7

Trial of the Chicago 7